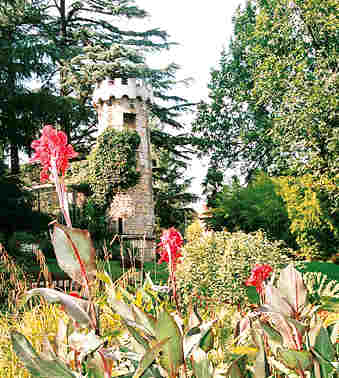 Tour Vielle Botanical Garden.
Created in the last century by a well informed garden lover, it was left to abandon for several years until the council bought it in 1973.
During the important restoration period, many trees, bushes and climbing plants unknown until then in the area were discovered. Later on, the name giving tower was restored as well as the glass house, the pond and the green spaces. In 1981 the garden was opened to public use and the decision taken to develop a botanical garden.
In 1990, a first inventory counted 200 species and varieties of plants, today there are more than 700. This park, whose aim it is to be at the same time a well frequented public park and a botanical garden is continuing to develop and has now several collections of its own.